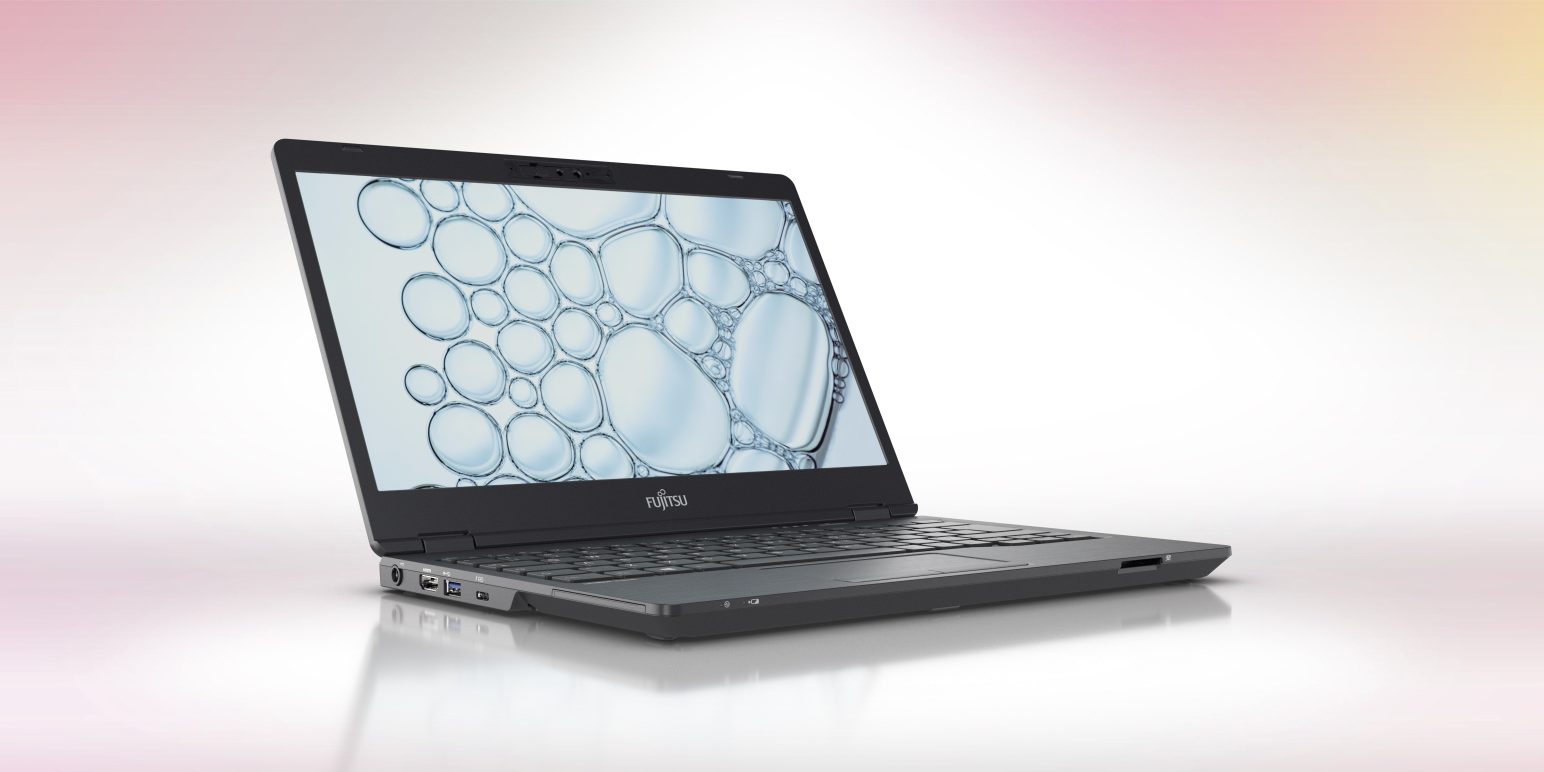 Fujitsu today refreshes its line-up of business notebooks, and debuts a new LIFEBOOK bristling with built-in security. The new LIFEBOOK U7310 introduces stealth mode, with a digital privacy guard to keep visual hackers from viewing the 13.3-inch screen through so-called ‘shoulder surfing’.

Focussing on security on the move, the FUJITSU Notebook LIFEBOOK U7310 comes packed with the latest features – including Fujitsu’s biometric PalmSecure authentication, an infrared camera that automatically locks the notebook when the user walks away, and a new physical shutter that slides to cover the built-in webcam, when not in use.

Also new is the ePrivacy filter integrated into the LIFEBOOK U7310 display: At the press of a single key, the notebook goes into stealth mode – digitally blocking the screen from being readable from an indirect viewing angle. This helps beat digital snooping, a problem for anyone using a notebook in a public place, where on-screen content may be seen by an unauthorized third party.

Fujitsu has also updated the lightweight 13.3-inch LIFEBOOK U9310 ultra-mobile and its convertible counterpart, the LIFEBOOK U9310X. Despite gaining new, faster, processors and boasting all-day battery life, the LIFEBOOK U9310 still weighs in at just 920g, reconfirming its place among the elite group of sub-1kg premium notebooks.

Often used by senior executives, who demand the ultimate in computing performance, the featherweight LIFEBOOK U9310 is a no-compromise choice. Users need not worry about the sacrifices demanded by selecting the right device – especially when it comes to content creation – with the clamshell LIFEBOOK U9310 featuring a full keyboard, running Windows 10 and boasting a 13.3-inch screen. There is also a lightweight convertible model with a pen – the LIFEBOOK U9310X – which combines the best of both worlds. This provides the convenience of a clamshell notebook with a full keyboard and the option to fold flat into tablet mode – and is lighter than many 10-inch tablets when combined with a keyboard cover.

A completely new, IP42-compliant housing is among multiple features in the updated FUJITSU Tablet STYLISTIC Q7310, which is resistant to water splashes. The 13.3-inch 2-in-1 detachable tablet also comes with an optional keyboard dock.

Rüdiger Landto, Head of Client Business Europe at Fujitsu says: “Anyone who has used a notebook while on the move has probably experienced shoulder surfing, where a stranger takes an unwelcome peek at what’s on your screen. The solution until now has been a cumbersome plastic filter – but it’s always been a compromise – like using a notebook while wearing sunglasses. The new built-in ePrivacy filter in the Fujitsu LIFEBOOK U7310 simply digitally narrows the screen viewing field, to keep prying eyes at bay, and is activated at the touch of a button. This means the peace of mind that it’s still possible to work on confidential information even when you are using your notebook in a public place.”

Lifecycle updates include models from the LIFEBOOK U9-, U9X, U7- and E5-series as well as the STYLISTIC Q7 series. Devices are available directly from Fujitsu and from selected channel partners. Pricing varies according to model and specification.

Fujitsu Recognized as a Leader in Workplace Transformation
17th Mar 2021