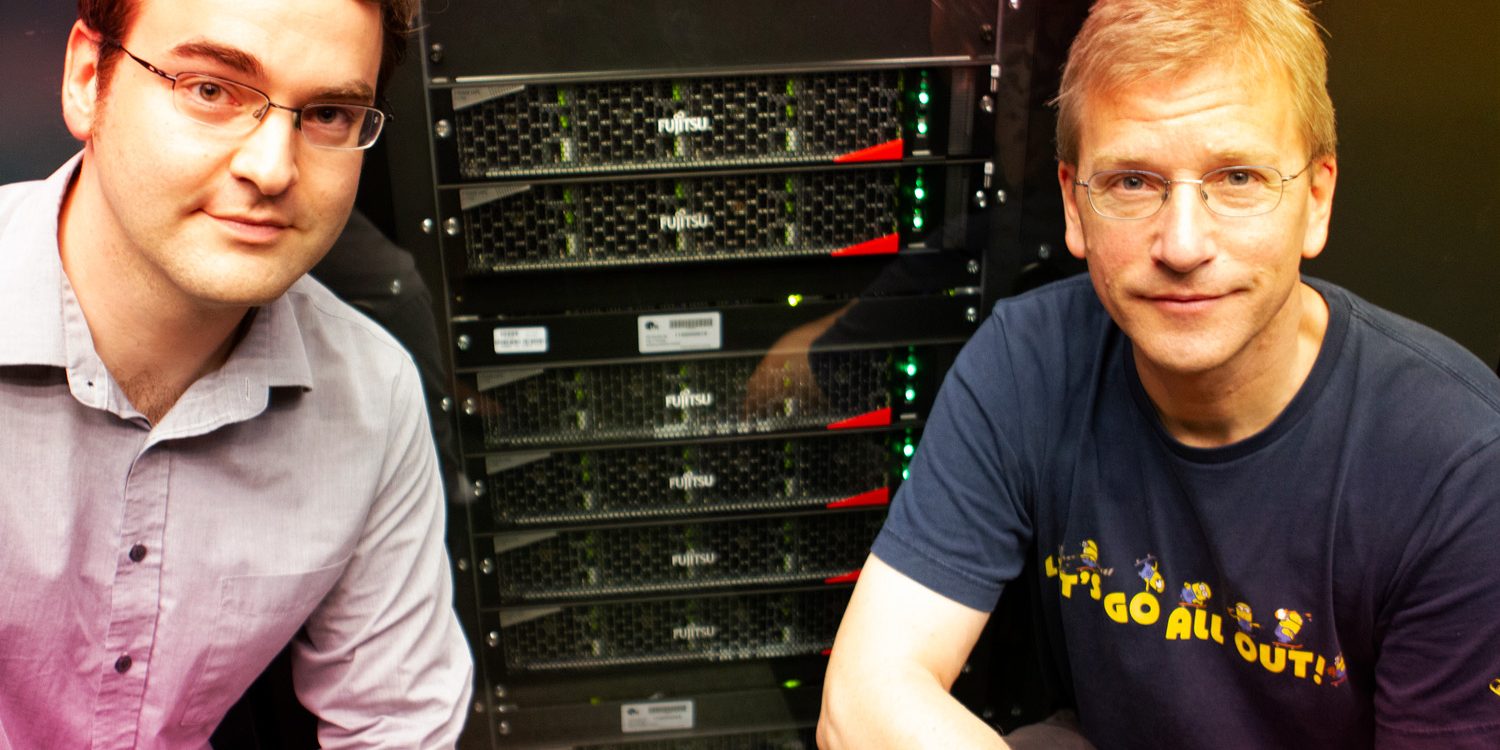 Researchers at the University of Regensburg in Germany are extending their exploration of the origins of the universe boosted by a new Fujitsu supercomputer, the PRIMEHPC FX700 underpinned by the new Arm-based Fujitsu A64FX processor. The university’s QPACE4 (QCD Parallel Computing Engine 4) project can now reach new insights, using a supercomputer based on technology developed by Fujitsu for the supercomputer Fugaku, recently ranked No. 1 in the TOP500 list of the world’s supercomputers1.

The installation of QPACE4 makes the University of Regensburg the first user in Europe to use Fujitsu’s PRIMEHPC FX700 with A64FX processors (CPUs) – the latest in a long series of supercomputer first-to-market milestones achieved by Fujitsu2. These CPUs are compliant with Arm’s Armv8.2-A SVE, the newest instruction set architecture for high-performance servers, and are particularly energy efficient.

The Scientists of the University of Regensburg is leveraging the significant increase in compute capability for numerical simulations as part of its exploration of quantum chromodynamics (QCD). This work aims to understand fundamental particles better, including the inner structure of the proton, and ultimately to determine the state of the universe immediately after the Big Bang. The supercomputer will also be used by the University of Regensburg in the field of bioinformatics, with a focus on cancer research and immunology.

QPACE4 is the fourth supercomputer in the framework of SFB/TRR-55³, funded by the German Research Foundation (DFG). It utilizes the same processor as the supercomputer Fugaku, which was jointly developed by Fujitsu with the world-renowned RIKEN Center for Computational Science4 in Kobe, Japan.

As well as superior performance per Watt, the A64FX processor also incorporates Scalable Vector Extensions (SVEs). Developed for applications in high performance computing (HPC), this speeds up complex calculations by allowing the same mathematical operation to be carried out in parallel on large amounts of data. In addition, the processor is coupled to an extremely fast main memory (High Bandwidth Memory, or HBM2), which for most applications is just as important as pure computing power, delivering a highly balanced ratio of computing power, memory bandwidth and network bandwidth, and avoiding performance bottlenecks. A further important difference is that the Fujitsu system’s computing power is not based on graphics cards. This makes it much easier to program, especially in the case of massive parallelization, which is essential for so-called ‘Grand Challenge’ applications5.

The deployment of a new supercomputer in Regensburg is the latest example of the University’s extremely strong partnership with Fujitsu, based on HPC and supercomputers in particular. In 2016 it took ownership, together with the University of Wuppertal, of the Fujitsu QPACE3 supercomputer – installed at the Jülich Supercomputing Centre (JSC) near Cologne.

Prof. Tilo Wettig, Ph.D., professor of physics at the University of Regensburg says: “Again Fujitsu has provided the University of Regensburg with the ultimate supercomputer to progress our work on fundamental physics and research into vital aspects of human health, such as cancer and immunology. This partnership has proven highly successful over many years. We applaud Fujitsu’s commitment to maximizing compute power and minimizing energy consumption, we have been particularly impressed with Fujitsu’s flexibility and responsiveness to us as a customer. The time taken to deliver, install, configure and deploy such advanced technology has been nothing short of outstanding.”Rupert Lehner, Head of Central and Eastern Europe, Products Europe at Fujitsu, comments: “Fujitsu not only has a distinguished track record developing the world’s fastest supercomputers, we also really understand our HPC customers’ specific needs around performance, applications and service. Our partnership with the University of Regensburg exemplifies that approach and we are proud to be helping the research team there take another step forward using Fujitsu technology.”